LOT REIMAGINED
a temporary memorial to the space that was, is, and...

Because two years later, construction is underway and the lot is no longer empty. 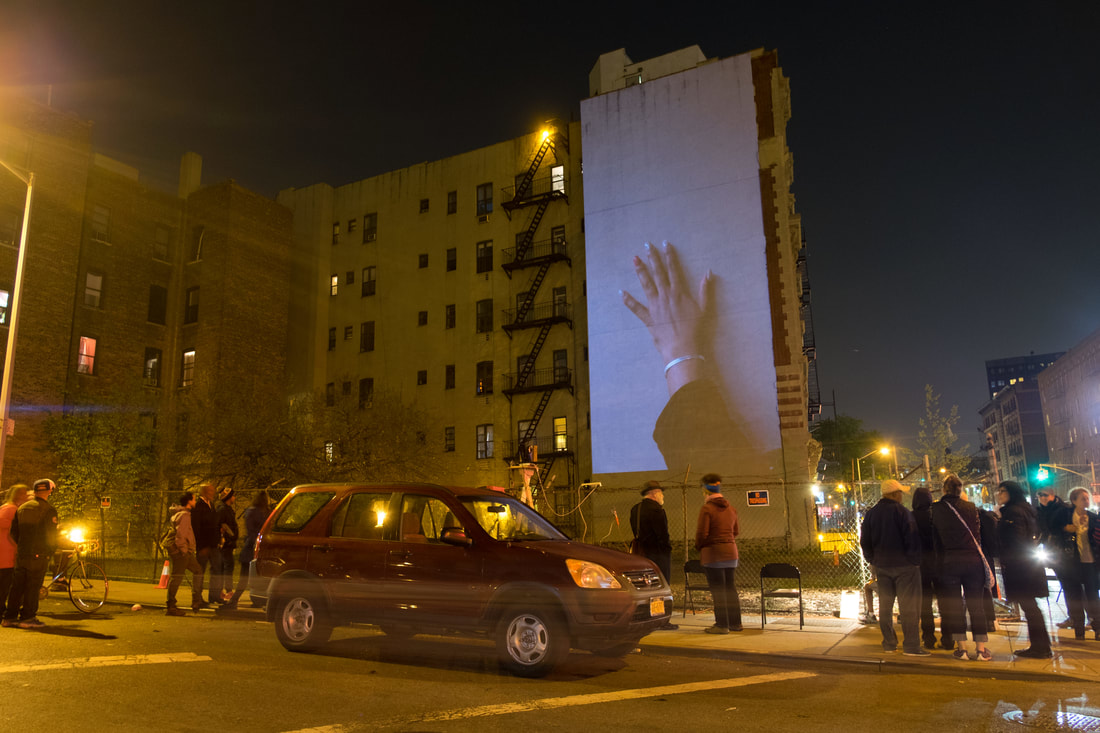 Photo documentation from Across an Empty Lot: a temporary memorial to the empty space, 2016, photo by Manny Tejeda
Location:
Corner of West 152 and Saint Nicholas Ave
Sugar Hill, Harlem


​Created in collaboration with neighbors in Sugar Hill, Harlem, LOT REIMAGINED is a follow-up to Sarah Cameron Sunde’s ACROSS AN EMPTY LOT: a temporary memorial to the empty space (2016), which marked the present moment by honoring the empty space that we knew would soon be gone. Continuous large-scale video projection activated the 74 foot century-old wall of 849 Saint Nicholas Avenue.

Now in the fall of 2018, the lot is no longer empty. Construction is in progress and soon, many new people will move into the neighborhood. Through collected video footage, recorded audio interviews, and treasured fragments of the past, residents of Sugar Hill recount their lives in relationship to the diminishing empty space and uncover unknown histories. In this hyper-local site-specific multimedia art installation event, LOT REIMAGINED strives to engage the public in conversation about the changing environment while evoking a newfound sense of community, respect for native residents, and love for the space.

Lot Reimagined: a temporary memorial to what was, is, and... is made possible in part with funding from the Upper Manhattan Empowerment Zone Development Corporation and administered by LMCC.

​Free and open to the public.
Proudly powered by Weebly